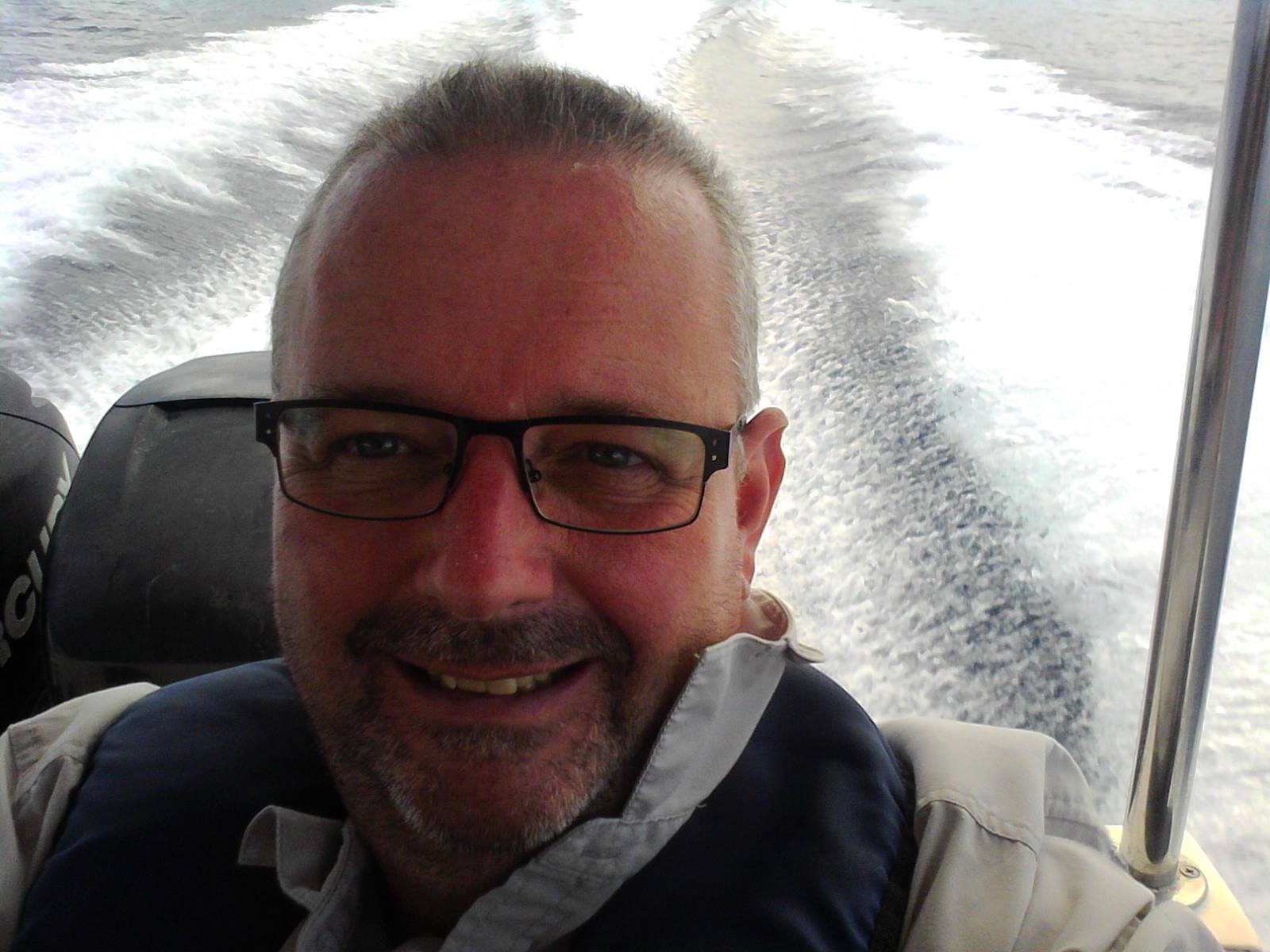 It was a Thursday morning in July. We set off from home at 4:30am, but we weren’t going to an airport this time (that’s the only reason we would normally both be up at this time). We were heading into the London to check into the admissions suite at St. George’s Hospital.

Earlier that year I had some changes to my penis and was experiencing some pain and discomfort. The tissues had started to harden and I would get a shooting pain. I went to the GP and asked if it was possible that I had cancer and he advised I had an infection and needed antibiotics and a circumcision – I was to be referred to the urologist at the local hospital. The symptoms steadily got worse  and the tissue hardening started to spread down the shaft – ( this was the tumour growing ) , the pain became worse and now I was losing blood too. After 12 weeks I got to see the urologist whom without any hesitation said I needed to see a specialist in London as I had cancer. This was the start of a very fast moving chain of events that have ultimately saved my life.

“So, David, we have good news and not-so-good news. The good news is your main organs appear to be unaffected by cancer, but the bad news is that we are going to have to amputate your penis.” Although we knew it was cancer we were not really prepared for that, but my initial response was quite simply “Do what you need to do to save my life…but, please, no bag”. Four hours later I was in surgery. To be honest, I never really gave it another thought – I was more worried about the anaesthetic and pain than anything else.

That was approaching three years ago  now and the journey has taken me to places I really did not expect to be, especially as I was a fairly fit and healthy forty-something. What followed the initial surgery was a merry-go-round of more surgery, chemotherapy, scans, radiotherapy, more scans, PICC lines, infections, trips to A&E, Groshong lines, sickness…Looking back, it was a whirlwind of appointments; I calculated that in the six months following surgery, I was either in hospital or attending an appointment for over 100 different days.

It took me nearly a year before I could fathom the mental strength to reach out to Macmillan and Cancer Research and look at the forums. Up until then these were places I did not need or want to be involved in – I told myself they aren’t for me, they are for sick people. I continued to believe that the cancer wasn’t real. However, it did not take me long to realise that I am one of the lucky ones. I read other stories in disbelief and sadness. Slowly, I am drawing strength from discussions with others and hoping that by joining in I may help another sufferer on his own journey. Finally, I am finding I am not alone – we may not be many but we are here and together we can be stronger.

My journey continues both physically and mentally, with most days a challenge. My own body is a constant reminder of just how close I came.

At times the psychological challenges have been huge and I remember one occasion when Cancer cancer cancer flashed in my mind like a neon sign in the local takeaway.  Why when everything is going well should I feel so bad?

In 2014 I had stage 4 penile cancer. I had four hours to contemplate the amputation of my penis before it actually happened. But think about it I did not, I just wanted to live. Despite the odds being less than favourable I am here today, having had a penectomy, node dissection, radiotherapy and chemotherapy so really I should be so empowered and full of life.

Not really.  But why. Well physical I am doing well but cancer is not all about the physical treatment the psychological damage done to you and yours is huge and that journey is just beginning.

A few months after treatment finished I crashed big time. Work was a chore, fatigue was huge, no social inclination at all, hobbies left to one side and generally felt really bad about myself. I was looking for my old life but could not find it, it was gone. I  was lost.

The Samaritans I was told, no I am not suicidal just lost. Try your local cancer centre,, no I have social phobia issues and being as my cancer is so rare and intimate how could I face that.

Through health in mind I was picked up by a specialist whom gave me the support I need, I am lucky, it appears the right person found me wandering around the wilderness and has helped and encouraged me to make sense of what has happened.

I am slowly discovering the new me – for sure I have changed, I often look for the “old me” but I just can’t find him ,so, slowly I am embracing the new one and learning the things that are important now. It’s a hard journey trying understand my new life and the new challenges that it presents me with.

I am now approaching the 3rd anniversary of my Penectomy. Three years without my little friend. People say I bet it has been a long few years but honestly looking back it does not feel that way – despite the huge ordeal we have been through and the toughest of toughest recover no – three  years seems to have past fairly quickly . Perhaps this is just a reflection of one ageing in years.

It is still very hard to comprehend what has happened and at times feels un real , sometimes you wake in the morning forgetting what has happened but a quick feel around brings you back down to earth with a thump.

Therapy was  a very important part of my life and has given me the strength to come to where I am now, I have said before and will say again, a cancer is two conditions, the physical and the mental. I guess a huge number of people touch by cancer physically look fine and show no outward signs but mentally, deep down, we are all scarred by this disease. A lot of energy goes in to fighting the physical but I wonder if enough is done to support the emotional condition. I had such a battle to find the right people to help me – don’t get me wrong the nurses and consultants have been fantastic but the deep wounds I have mentally need a special touch.

Over the last couple of years I have made some new friends from around the globe – some in very similar positions to myself, nice to know one is not alone. Cancer can be a very lonely place so to have guys that I can draw on and share experiences is invaluable. Efforts are being made to raise awareness of this condition as it is often not diagnosed early enough. As with many cancers early diagnoses leads to far better results and less dramatic surgery.