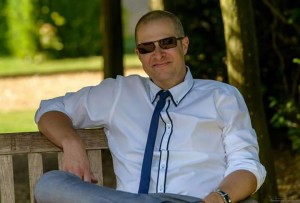 February 2015, I found a lump, the size of half a baked bean appear on the side, close to the tip of my penis. Within days, after noticing it was not shrinking, and was causing a lot of pain when pressure was applied, I visited my GP. She wasn’t sure, so sent me to the local sexual health clinic where I has a swab, urine and blood test. The results came back, all negative for sexual infections / diseases, but I was told I needed to be circumcised.

Within 2 weeks, of the first GP visit, I was back. The lump had grown to about 10mm in width and going half way around my penis. The pain was getting worse. Much like having your hair being constantly pulled, but from within your penis. I booked an appointment with a local hospital to see the urology department so they could take a look and decide the way forward. This however was booked for the middle of April.

Next came the swelling. My whole penis had ballooned and was feeling very tight. Any erection felt like it was going to tear open it was so tight. This of course had an effect on my personal life with my wife. We couldn’t even cuddle or kiss it was so bad. The same GP told me to wait and gave me antibiotics, and told me to wait for the hospital appointment. The antibiotics didn’t really do anything.

Another 2 weeks, and I was back at the GP surgery. This time to get my prostrate checked. It was a different doctor, and I asked him his opinion on the lump. The swelling wasn’t as bad by now, and I was told, due to my age, cancer was unlikely. He also mentioned that if the swelling was worse, he could have got me into hospital on an emergency case. I wasn’t happy.

Then, mid-March, when I woke, the tip of my foreskin was very tight and was showing changes in colour. And light brown. Another appointment at the doctor just before lunch, by which time the colour had worsened. He seemed concerned and sent me straight to A&E. I was met by the urology doctor and within 10 minutes of arriving had also seen the surgeon. I was told I would have surgery following a scan. The scan didn’t happen that day, but when the consultant did his round the following day, just said prep for surgery. I was now leaking what seemed like puss. They thought it was an abscess and would just need draining. The following day, when I was finally awake enough, I was told and shown the outcome of the surgery. They didn’t like what they was, and ended up removing a chunk of the penis. The tip looked like placing mince meat in your hand and make a fist. Where the meat squishes through looked like the end of my penis. Almost like I’d been attacked by a shark. Unpleasant, but I had lost the pain I had been suffering for so many weeks.

At the beginning of April, I received the results. It was cancerous. That’s it. Our world was shattered. I was going to die.

I was referred to a hospital in S.W London who specialized in penile cancer, and when I saw them, they didn’t seem shocked by what they saw. I was booked in for reconstruction and circumcisions.

At the operation, I was told that it seemed worse than originally expected. They had to remove another 2” from the end, then reconstruct the head. I was shocked, but pleased it had been found and dealt with.

Another 2 weeks to the check-up and was told I need to have some sentinel lymph-nodes removed and biopsy. This came back clear.

I was told I was cancer free.

After 4 more weeks, at another check-up, I was told that the cancer had returned and I would need to have another op. A full penectomy. A new cancer was present, along with the original cancer reappearing. Oh my god. That’s it. I will no longer be a man. I will be classed as a freak. All manner of thoughts ran through our minds. Shock. Sadness. Anger.

I went back for the surgery mid-August. The penis was removed and I now have a hole underneath, between my testicles and bottom. I need to sit down to urinate. But the hospital were confident it was all gone.

The day after the operation, I had another scan. All was clear.

I now have to wait for my next scan in December, followed by check-ups and scans every 3 months for the next 3 years. Chemotherapy has been offered, and considered, but as the scan showed all clear, we intend to wait till the next scan.

I must say that, throughout the whole time, the support from my GP’s surgery nurses, reception and dispensary, along with all at both hospitals has been superb. My only disappointment has been the first GP I was seen by. If she had done more, then the final outcome could have been so much different.

But without the support and love of friends, family and most of all, my wife, I think I would be in a completely different place.

I’m not embarrassed by anything that has happened. I will openly talk to family and friends about what I’ve been through. I even show the lucky few photos of every stage of my journey.

The more people who are aware of this disease, the better.

Please don’t feel embarrassed or awkward about seeking help. The sooner you get seen by the medical profession, the better.

Unfortunately after a long battle with this terrible cancer Stephen lost his battle and passed away on the 8th November 2016.